Three of the US apparel sector’s leading organisations shared their expertise on how the 301 China tariffs, which were first imposed in 2018 in response to China’s violations of intellectual property rules, are impacting the apparel industry in terms of US trade and production last week (21 July).

The aim is to help the Commission with its factfinding investigation, which will be submitted to Congress by 15 March 2023 as part of the 301 China tariffs review.

The US apparel organisations wishing to end 301 China tariffs 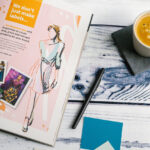 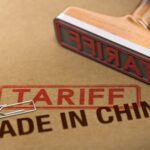 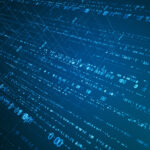 He said: “Section 301 tariffs on consumer products hold no strategic advantage for the US. China trade relationship and only make basic goods like clothes, shoes, and back to school backpacks more expensive. Their regressive nature means they hurt those American families hardest who can least afford them.

“Conversely, removing these tariffs – something President Biden can do rapidly, echoing the speed at which they were imposed – would be a targeted, effective, and quick way to reduce inflationary pressures for American families on products they need.”

Similarly, the USFIA’s president, Julia Hughes, commented on the negative impact on both the USFIA’s member companies and the consumers they serve.

She explained: “The China Section 301 tariffs that have been in effect on apparel, home goods, and other fashion products since September 2018 (“List 3”) and September 2019 (“List 4a) have negatively impacted American jobs created by USFIA members.”

Hughes pointed out the Section 301 tariffs have discouraged the growth of these jobs at the US’ most innovative and iconic brands because for many of these products, China is the leading supplier in the world and there are no realistic options for other sourcing destinations that can viably replace China.

She added: “This is true even while many fashion companies are diversifying their sourcing base and shifting
production from China. But, as we have explained in the past, this diversification does not happen overnight. And this diversification is happening not because of the 301 tariffs but due to other factors.”

Both the USFIA and the AAFA described the 301 tariffs as a tax increase for the apparel industry and end consumers.

The AAFA’s Lamar noted tariffs are taxes that are paid by US importers and said sometimes the US companies who pay these taxes can temporarily absorb them and in some of those cases, this tax burden means companies have less resources to make payroll or invest in innovation and future competitiveness.

“Eventually, however, most of these taxes are passed along to partners downstream in supply chains – be they manufacturers or retailers – and they ultimately end
up being passed on to American consumers, usually in the form of higher prices.”

Hughes agreed and added: “USFIA cannot stress strongly enough that the China Section 301 tariffs on apparel, home goods, and related products is not only a tax increase on American families, but a massive regressive tax increase. The Section 301 duties require families, in the face of the worst inflation in decades, to pay more for the essentials such as back-to-school shoes, sweaters, and pullovers for the fall, and of course baby clothes.”

The US apparel organisation wishing to keep 301 China tariffs

In contrast, the NCTO told the Commission the China penalty tariffs on finished textiles and apparel gives US companies a chance to compete and are a powerful trade-negotiation tool.

The NTCO’s president and CEO, Kim Glas explained: “Removing them would reward China, put US manufacturers at a competitive disadvantage and do nothing to reduce inflation.”

She added that China’s illegal actions “have put US companies at a serious disadvantage, and tariffs give American manufacturers a chance to compete” and noted that US trade officials have “stressed that penalty tariffs also create leverage and are a ‘significant tool’ in ongoing negotiations with China.”

In fact, Glas does not believe cancelling the penalty duties would do much to ease Americans’ inflationary pains.” She explained: “Apparel prices out of China continue to hit rock bottom even with the Section 301 tariffs in place. As detailed in an economic study recently released by Werner International, US import prices for apparel from China have dropped 25% since 2019 and 50% since 2011.”

Glas also warned that lifting the tariffs would have “a substantial negative ripple effect” on US free-trade agreements, including undermining those with Western Hemisphere partners that have established shorter co-production supply chains and serve other US and regional interests.

Last month NCTO and the Central America – Dominican Republic Apparel and Textile Council (CECATEC), encouraged the Biden/Harris administration to continue its support of the China 301 tariffs on finished apparel imports.