Fashion Transparency Index 2022 co-author Liv Simpliciano told Just Style exclusively this result in 2022 is “unacceptable” and suggested legislation that is both robust and mandatory could be the only way forward for brands still failing on transparency.”

Simpliciano, who is the policy and research manager at global non-profit Fashion Revolution, which produces the report each year, explained: “Transparency is literally the bare minimum and the fact that a third of the world’s largest brands and retailers still score in the 0-10% range is unacceptable.”

At the report’s official launch in London yesterday (13 July), Simpliciano said the Index needs to exist because legislation doesn’t. However, she also argued voluntary measures are no longer enough for the long list of brands that continue to be reticent about disclosing their supply chains.

For Simpliciano one of the most shocking aspects of this year’s process was seeing the 125 names (half of the 250 brands measured) received an overall average score for traceability of between 0-1%. 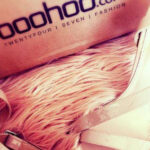 “We know that transparency enables scrutiny, which leads to accountability and change. It brings back to the point that legislation is needed for brands that continue to be reticent about disclosing their supply chains,” she said.

The Fashion Transparency Index focuses on the 250 fashion brands and retailers that have an annual turnover of US$400m or more.

This means the companies included vary slightly from year to year, but the overall aim is to focus on the world’s largest and most influential brands and retailers. Fashion Revolution believes these companies have the biggest responsibility to make a transformative change as well as the most resources to implement it.

Fashion brands and industry experts share their take on the results

During the launch, Simpliciano moderated a panel discussion on the report that provided both a brand and industry expert perspective. She noted panellist Heather Webb from Asos, noting the online fashion brand was named the highest scoring UK brand in this year’s Index with a score of 51%.

Webb who is Asos’ ethical trade partner said she was proud of the result, but said her company also has a responsibility to increase the transparency of the third-party brands it sells on its site.

She explained Asos has set a commitment for two-thirds of its partner brands to be signed up to setting targets in line with SBTi requirements by 2025.

She also noted that Asos is helping to drive change by co-funding programmes like the Fashion-workers Advice Bureau Leicester (FAB-L).

FAB-L’s senior community engagement and outreach worker, Tarek Islam, who was also on the panel, added the programme is being funded by three major trade unions as well as eight major fashion brands.

He said the services launched in January 2022 to support garment workers on the ground with welfare rights and workers rights issues, adding the programme has already helped a number of garment workers in Leicester with payment issues.

His advice to all brands is to review their payment plans as when suppliers have to wait 60 days for payment, it can make it difficult to pay the workers.

Panellist Sara Brennan, positive business director at Pentland Brands, told the audience brands can drive the biggest impact with their purchasing practices, adding: “Brands have the power to live and breathe these practices and make a real difference.”

She pointed to Pentland Brands’ internal curriculum which it developed to help the company achieve ESG-based targets which are linked to staff bonuses.

“If we don’t hit the targets regardless of profit, no workers within the company will get a bonus,” she said.

The fashion brands scoring the highest and lowest on transparency

Fashion brand Van Heusen had the biggest drop in average score between this year and last year, with a 58% decline. Champion, Hanes, and Patagonia saw the second-highest decline at 12%.

She explained ABG owns several brands included in the Index with low scores, however, Reebok, which is also a recent ABG acquisition, only experienced a 7% drop in score so Simpliciano is keen to see how the brand performs in next year’s report.

She noted: “When you go to ABG’s website there is minimal information available on human rights and environmental practices so it begs the question, who owns fashion and who is responsible?

“Even for our research team, it’s hard for us to understand who is the parent company of which brand because it changes so often. It really demonstrates the point of how can a consumer reasonably understand who’s taking ownership of these brands and human and environmental issues.”

ABG had not responded to Just Style’s request for comment prior to publication.

The highest scoring brands are:

Who is responsible for the fashion industry?

The Fashion Revolution team highlighted that legislation has a huge role to play for the the brands that have not moved in the Index and noted while it’s great a wider human rights due diligence exists, there are huge shortcomings when it comes to fashion because it is such a unique sector.

While the proposed EU legislation isn’t on paper yet, the non-profit is calling for it to be more specific for the fashion sector and for it to “have more teeth.”

The organisation is also enthused the US is moving forward with its Fabric Act, while Japan appears to be stepping up to the plate as well.

However, Simpliciano did counter the team’s support for legislation by stating: “Legislation alone is not enough to incentivise change because legislation is only as strong as it is upheld.”

She added: “We also need to see a willingness from brands to be open and transparent in a world where all brands are producing goods that are made ethically and or sustainably. In fact, the easiest the decision a consumer can make is not having to make one at all.”

During the event, Fashion Revolution’s global policy and campaigns director, Maeve Galvin, announced the organisation is launching a new EU initiative to encourage fair pay within the fashion industry.

Galvin is managing the Good Clothes, Fair Pay project, which is launching next week (19 July).

Fashion Revolution told Just Style the campaign will demand living wage legislation be introduced across the apparel, textile and footwear sector. EU citizens will be encouraged to sign their name at goodclothefairpay.eu with the aim of collecting one million signatures as this is the threshold for the European Commission to consider action on it.