On 24 February, Russia invaded neighbouring Ukraine with the accusation its modern, Western-leaning beliefs were a constant threat. Six months on there is no sign of an end. The death toll continues to rise on both sides and the impact on the apparel market is being felt across Europe and beyond.

What is the impact of historically high inflation on the UK consumer landscape?

The average UK consumer is experiencing a severe cost-of living crisis as inflation surges to a forty-year high and the price of goods continues to rise. This shock is the result of the sharply increasing costs of commodities, energy, and the ongoing conflict in Ukraine, and is threatening FMCG manufacturers, retailers, and foodservice operators’ ability to survive and grow. Inflation will have a profound effect on many consumer-facing industries in 2022 and beyond. Consult GlobalData’s new whitepaper, Inflation in the UK: The Impact of Historically High Inflation on the UK Consumer Landscape, to better understand shifts in consumer behavior and their impact on spending patterns, as well as the implications for UK businesses. This whitepaper covers:   Enter your details here to receive your free whitepaper and ready your business for these increasingly uncertain times.
by GD50 Custom
Thank you.Please check your email to download the Whitepaper.

Market data firm Statista claims more than 10m Ukrainians have fled their homes since the war started and numerous international apparel brands and retailers have exited both Ukraine and Russia on safety and moral grounds.

The Ukraine Conflict Executive Briefing published by Just Style’s parent company GlobalData explains Russia was the fifth largest apparel market in Europe and tenth largest in the world before the start of the war (2021) with sales of US$46.4bn. Ukraine was said to be worth $3.5bn in the same period. 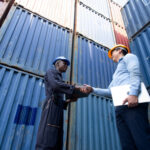 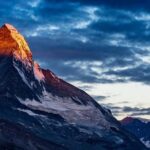 GlobalData apparel analyst Pippa Stephens tells Just Style rising commodity prices as a result of the Ukraine conflict have strained the apparel industry throughout Europe. She says: "The impact has wider consequences on the supply chain, the price of textiles, and is contributing to further inflationary pressure on consumers’ pockets, which will result in spending being diverted away from apparel purchases to more essential items."

Stephens points out that to date the most significant impact of the Russia-Ukraine conflict on the wider European apparel market has been the exacerbation of the inflation and supply chain issues that already existed following the pandemic.

"Rising fuel prices are making it more costly for brands to transport their goods, while rising inflation is forcing brands to hike up their prices," she adds.

Interestingly, Stephens explains that despite Germany, Italy and the UK being the three largest apparel markets in Europe, GlobalData's Apparel Market in Europe 2020-2025 report shows the strongest growth over the next three years is forecast for the less developed markets.

She says: "Türkiye is expected to experience the greatest increase in sales out to 2025, while Eastern European countries like Romania, Poland and Bulgaria will also perform strongly. Russia and Ukraine will struggle due to the war, which has impacted consumer confidence and led many retailers to halt operations in the regions."

Türkiye's forecasted success for the next three years is largely due to its fast-growing young population, who have greater spend propensity, and its economic growth, explains Stephens.

The country is also quickly becoming a go-to sourcing destination for Europe and beyond. It is already the world's fifth largest garment exporter and has its sights set on being listed in the top three.

At the other end of the spectrum, other than Russia and Ukraine, which will continue to be impacted by the war, Stephens says Portugal is expected to experience the weakest apparel growth from now to 2025. She says: "This is due to its struggling economy and ageing population, who are less inclined to frequently buy new apparel products."

The report explains the Russia-Ukraine war sent oil prices spiralling, thus triggering high inflation across the world. It also states that according to the US Labor Department, the consumer price index in the US increased by 8.5% from a year earlier in March, which was the highest jump since late 1981, and according to Eurostat, annual inflation in the Eurozone reached 7.5% in March, up from 5.9% in February.

Prior to the Ukraine/Russia war, the two countries made up 11% of the European retail sector with Russia having a tenth of the region's total spend and Ukraine taking the remaining 1%. Stephens points out, however, the devaluation of the Russian ruble has impacted native brands, but many have been able to remain resilient, while relatively steady consumer confidence in the country has also allowed sales in local currencies to continue to grow.

Ukraine was already the fourth smallest country in the European apparel market prior to the war, and its sales will have been massively hit by the conflict, adds Stephens.

"Many international retailers have stopped operating in the region, while the unrest will have severely impacted consumer confidence and their propensity to spend unnecessarily," she notes.

Stephens highlights the brands and retailers who have exited Russia and Ukraine have absorbed the losses of doing so themselves. This means some have been more impacted than others, depending on the extent of their previous operations in the two countries.

However, she adds: "Many are passing on the subsequent price increases that have occurred as a result of the surge in fuel and raw material costs, causing many shoppers to either buy less or trade down to more affordable options."

Aside from the increased costs of transporting products to and from suppliers and customers, and the resulting surge in inflation causing brands to increase their prices, Stephens points out the rising price of crude oil could have a significant impact on material prices, especially polyester and nylon which derive from petroleum.

"This will disproportionately affect value and mass market brands who are more reliant on these materials."

How can Europe's apparel market reduce the impact of the Ukraine/Russia war?

Stephens also adds retailers and brands that previously had a large presence in either Russia or Ukraine have suffered the most from the conflict since it started six months ago. As a result, she believes it will have made other players more cautious about becoming too dependent on one specific country going forward.

"Also, it will have made retailers realise the need for them to become more flexible in their supply chains and intake of stock, as not only have delays impacted the timing of range launches, but lack of demand may eventually result in surplus stock."

She notes that despite retailers initially vowing not to pass price increases onto consumers following the invasion in order to retain shopper loyalty, many have since been forced to increase product prices to protect their margins.

In the UK, for example, retailers like Zara and Boohoo have decided to implement returns fees to mitigate increased operation costs, which she says means reversing their efforts to improve online platforms in recent years as many have previously invested in optimising their delivery and returns options to be more convenient.

The Ukraine/Russia war set amongst the backdrop of the pandemic and the ongoing supply chain issues that went alongside it, have resulted in inflation being the main short-term theme impacting apparel consumers’ purchases. Stephens says it is causing consumers to cut back spend on non-essential sectors like apparel, while brands are also having to implement price hikes to retain profitability.

Aside from the war and rising inflation, concerns about sustainability are also increasingly driving many shoppers to either buy fewer products, purchase items made from more sustainable materials or shop secondhand instead, states Stephens. She believes that despite this being very beneficial for the environment, the shift towards resale will cause more traditional brands to suffer unless they invest in a secondhand proposition.

On the plus side, Stephens highlights the European apparel market is set to return to 2019 levels this year, after suffering severe declines during the pandemic. She points out, however, this will primarily be boosted by retailers and brands increasing their prices amid the surges in inflation caused by the Ukraine/Russia war.

GlobalData's analysis suggests the relative return to normality post pandemic has given consumers a renewed desire to buy new fashion items, particularly holidaywear and occasionwear, after not needing to purchase these products over the past two years.

Stephens remains positive the online channel will also continue to drive sales in the region, as after shoppers were forced to switch to purchasing via this channel during temporary store closures, they have now become more accustomed to doing so. Plus, the ongoing trend for working from home and the casualising of fashion trends will also cause sportswear and athleisure to retain appeal, as shoppers continue to prefer more comfortable clothing.

What is the impact of historically high inflation on the UK consumer landscape?

The average UK consumer is experiencing a severe cost-of living crisis as inflation surges to a forty-year high and the price of goods continues to rise. This shock is the result of the sharply increasing costs of commodities, energy, and the ongoing conflict in Ukraine, and is threatening FMCG manufacturers, retailers, and foodservice operators’ ability to survive and grow. Inflation will have a profound effect on many consumer-facing industries in 2022 and beyond. Consult GlobalData’s new whitepaper, Inflation in the UK: The Impact of Historically High Inflation on the UK Consumer Landscape, to better understand shifts in consumer behavior and their impact on spending patterns, as well as the implications for UK businesses. This whitepaper covers:   Enter your details here to receive your free whitepaper and ready your business for these increasingly uncertain times.
by GD50 Custom
Thank you.Please check your email to download the Whitepaper.
Topics in this article: Boohoo Group Plc, GlobalData Apparel, Zara