Local production is still in its infancy – as is re-shoring in general – but there’s undeniable evidence that something is stirring in our industry that includes a re-evaluation of how and where our products are made. Robert Antoshak, managing director at Olah Inc, reports on a tale of two industries.

Our industry has hit a watershed moment. Gone are the days of unchecked mass production, a scorched-earth policy of output at any cost, ever-widening supply chains and an ever-greater number of SKUs. Disposable apparel made by disposable workers. Suffering along the way were the planet’s environment, quality of fashion – and the industry’s credibility.

Throw in trade wars as we’ve seen between the US and China, supplicated by Brexit and a global reaction to the trade-opening and economic-supporting initiatives that created a climate of made production in the first place, and we’re facing a new world.

Harsh words, I know. I also know that global supply chains aren’t evaporating before our eyes, but how those chains operate is changing. For example, for years, how a product was made was less important than its price. Increasingly, that’s no longer the case. 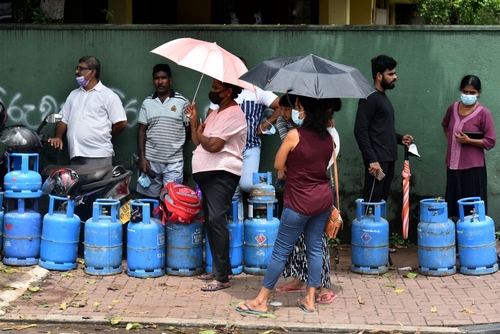 Opaqueness is out; transparency is in. Nowadays, people want to know a product is made – and in turn use that knowledge to determine if a garment is priced reasonably or not.

Seemingly sprouting up everywhere are dozens of NGOs, environmental groups and labour rights organisations all with missions that criticise, if not outright constrain, the global industry with calls to reduce supply chain pollution and protect workers throughout the industry.

Make no mistake: price has and will remain relevant to consumers. Only now many are asking brands to do more work to explain why a garment is as it is – why it costs what it does, how is it made and under what conditions. And underscoring all of this is so-called sustainability, which, despite good intentions, often results in a complicated business becoming a lot more complicated.

Unfortunately, lost in all of this is the simple fact that despite criticism from NGOs and others to the contrary, apparel companies were not in the business to destroy the planet, or alienate their customers. They just only wanted to make a buck. Plain and simple. In this sense, the industry isn’t as monolithic as some would suggest.

The current state of our two industries

One is predicated on the mass-market methods and expansive supply chain approaches that made the apparel business so successful for so long. After all, wide-ranging supply chains have resulted in lower costs and improved efficiency for so many companies, in turn permitting them to offer competitively priced products to eager customers.

But there’s also a second industry. Yes, it’s small and artisan, with an almost home-spun approach to business, especially when compared to its much large cousin. But there’s undeniable evidence that reshoring of small-scale apparel production has gained some momentum.

To be clear, however, from an economic standpoint, global apparel brands with their extensive supply chains are in no threat of being knocked out of existence anytime soon. But from a customer standpoint, these brands aren’t cool anymore, at least in the eyes of some consumers.

For these consumers, local is the new focal for the apparel industry, and they are willing to pay more for a product when they understand where it’s made and under what conditions. For them, these products epitomise “cool.”

So, our industry can be defined in two segments: one, big and cheap – and efficient; the other, small and expensive – but cool. For our industry in general, that’s also the rub: how to be price competitive while being cool at the same time? It’s puzzling.

Days of Denim – in Nashville

Earlier this month, I had the pleasure of attending two industry events that celebrated local industry. Both were in my hometown of Nashville, Tennessee, and both highlighted many of the broader trends affecting today’s industry.

Let me begin with a little background. The city of Nashville has a population of about 600,000 people and is gaining about 100 people a day, according to the US Census Bureau. Many of these new entrants to our market are young creatives – often folks in the fashion space.

Nashville is a city of creatives. Of course it’s best known for music, but it also hosts a wide range of other creative industries. More so, what’s most significant is that with this input of creative talent a slew of companies has sprouted up around town. For instance, denim has become a considerable force in the local fashion scene – and is supported by a regional trade association, the Nashville Fashion Alliance (NFA).

The NFA now boasts a membership of 450 designers, retailers, manufacturers, and brands – up from less than 100 just three years ago – and reflects the reality that a fashion industry has taken root in our city.

So, it wasn’t surprising that the local industry had a blow-out awards event recently to celebrate the accomplishments of the community. Attended by more than 400 people, the second annual NFA Awards Dinner was a gala event with the goal of recognising leaders of design, innovation and creativity.

But it wasn’t just local talent that received recognition. Companies from around the world were also in attendance either as table sponsors (such as VF, Tencel, Vidalia Mills and Lubrizol) or as award winners (e3 cotton). For sure, the event pulled in the local market but also became a magnet for companies new to the local scene. Moreover, the dinner proved to be a terrific opening act of a two-act production, where the second act was Nashville Denim Days, which began the following day after the NFA dinner.

Nashville Denim Days was a consumer-facing event where companies and creatives had a chance to showcase denim in a way that tells the story of denim: how it’s made and what makes the fabric special. Previous editions of Denim Days include Amsterdam and New York.

At the Nashville iteration, several thousand visitors not only had the opportunity to buy jeans from a wide range of companies, but consumers – regular folk, not industry-types – also had a chance to attend seminars and workshops to learn how and why denim and jeans are the way they are. And even better, they got to know the people behind their favourite jeans, the makers and designers.

For instance, Nashville Denim Days was a who’s who of the local industry including such local stalwarts as Imogene+Willie and ABLE, as well as relative newcomers such as Marc Nelson. But the event also included global players such as Wrangler. Also exhibiting were dozens of vintage jeans companies led by singer Nikki Lane’s High-Class Hillbilly.

The real story, though, was about what makes up your favourite jeans – and what better way to show that than through cotton. Indeed, e3 cotton took that concept literally by creating an 8-foot wide “cotton pool” where folks could take a dip in cotton batting. Hundreds of people took the plunge over the two days of Denim Days. Talk about transparency.

Which brings me back to our industry. As we’ve seen with my examples of the NFA dinner and Nashville Denim Days, local production is real. Of course, it’s still in its infancy, as is re-shoring in general. But there is undeniable evidence that something is stirring in our industry that includes a re-evaluation of how and where our products are made.

Stories about our products have become more important than ever, and for many consumers those stories need to be relevant and meaningful. Sustainability plays and important role alongside transparency.

But knowing the people behind our products seems to be equally important. Whether it’s Nashville, New York City or Amsterdam, consumers increasingly want to know who’s behind the clothes they wear. As I saw in Nashville this month, the transparency of knowledge transcended everything else. At least for a few days, anyway.

Oh, and then there was a significant announcement made by the Amazon after Denim Days packed up: the retail giant is creating 5,000 supply chain jobs in Nashville to function from a to-be-built ‘Operations Center of Excellence.’ Will this be the back-office for Amazon’s vaunted apparel business? Details are scant, so Nashville will have to wait and see – along with the rest of the global apparel industry.

Visit Profile
Topics in this article: From Field to Shelf, Weaving a sustainable future for US denim
SUBSCRIBED