“After taking into account the premium it will receive under the put options, Frasers Group’s maximum aggregate exposure in connection with its acquired interests in Hugo Boss, with the common stock holding valued at the closing share price on 21 June 2022, is approximately €900m (GBP770m),” the Group said.

The Group says that this investment reflects Frasers Group’s belief in the Hugo Boss brand, strategy and management team, and that Frasers continues to intend to be a supportive stakeholder and create value in the interests of both Frasers Group’s and Hugo Boss’ shareholders.

This latest stake follows two increases already this year. Frasers Group announced on 8 March it had upped its stake in the brand, taking its shareholding at the time to about GBP390m; then again on 11 April, when it increased to GBP600m. 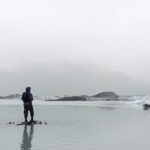 Deals
Allied Feather & Down in new partnership to boost transparency 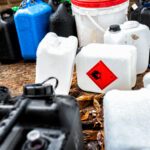 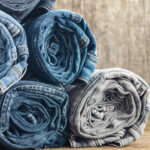 Fraser’s also announced that on 21 June 2022 it purchased 140,000 of its ordinary shares from Numis Securities Limited (acting as the Company’s broker) at an average price of 629.5043 pence per share, as part of the Company’s buyback programme announced on 20 June 2022. The purchased shares will all be held as treasury shares.

Frasers Group, which owns a number of retailers, including department stores House of Fraser and Flannels, and sports retailer Sports Direct, this month added its first fast-fashion pureplay to its roster, after acquiring Missguided in a GBP20m (US$25.2m) deal.

In March, Frasers Group acquired Boucher Shopping Park in Belfast, Northern Ireland, as part of its commitment to investing in bricks-and-mortar property.

Michael Murray was appointed as the new Frasers Group CEO on 1 May.

Senior writer at VMS, GlobalData. Lives by the beach.
SUBSCRIBED