What is driving growth in the Global Luxury Apparel Market?

The global luxury apparel market has seen exceptional recovery since 2021, after the inevitable sales decline in 2020 due to the pandemic. This growth has largely been due to strong demand in the key market of APAC, with the lifting of restrictions leading consumers to spend more on luxury goods for events such as holidays and social occasions. This growth is only expected to continue, and GlobalData’s free report Global Luxury Apparel Market Trends, Size and Forecasts out to 2025, can assist companies in understanding the drivers behind this growth, as well as potential inhibitors and key trends affecting the market. Understanding these crucial elements will be essential for luxury brands and retailers to stay ahead of their competitors. This report provides comprehensive analysis of: Read this report now if you want to maximize growth using in-depth market predictions.
By GlobalData 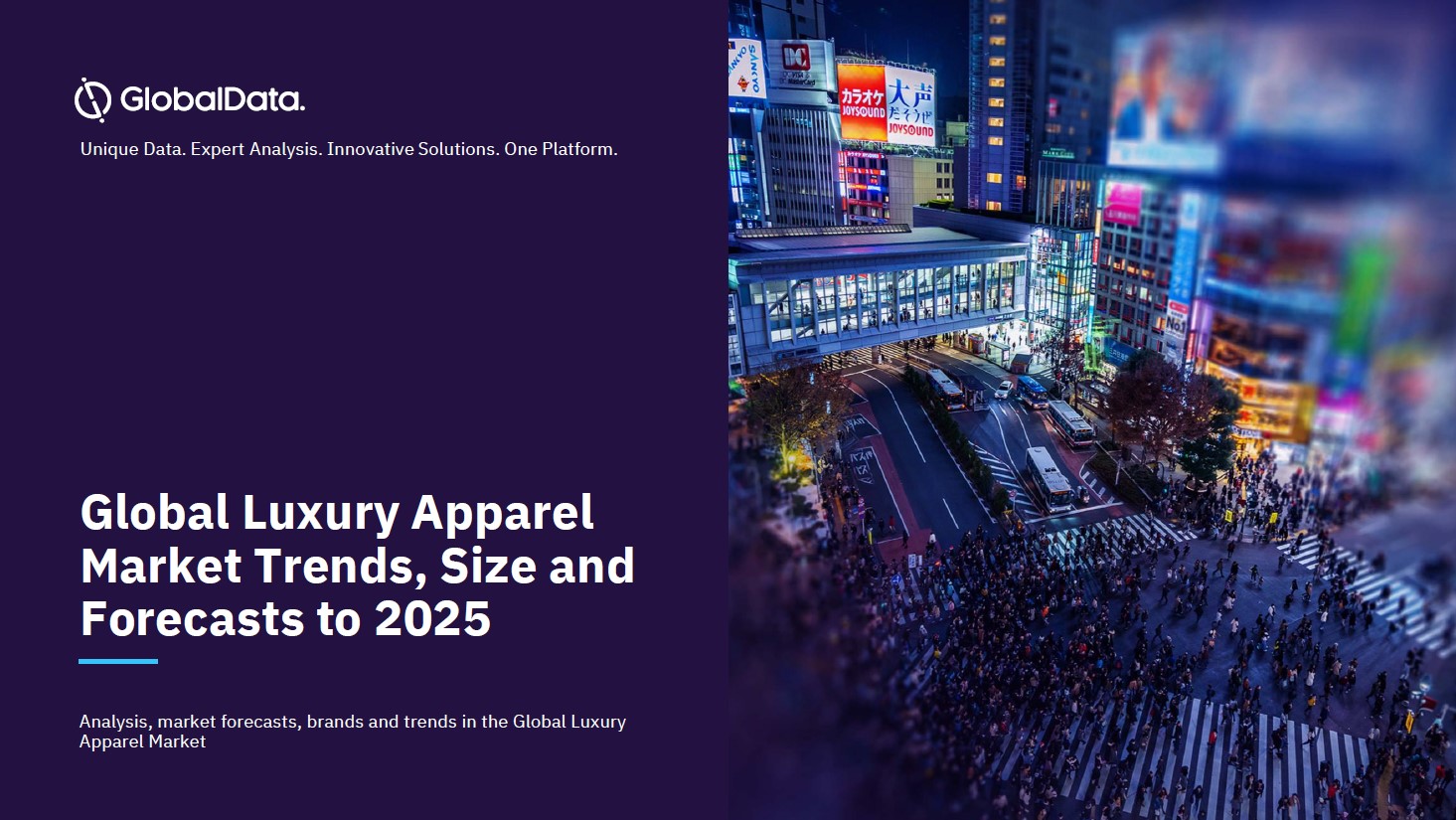 Liz Claiborne Inc. is steadily and surely overturning the industry’s traditionalbenchmarks and procedures for quality control as it works with its global contractors tolead the way into a “New World” of quality assurance.

For starters, the company has turned headsin recent years with its establishment of Quality Assurance Centers, located in theregional hubs of its worldwide sourcing network, with the objective of identifying andcorrecting quality problems closer to the manufacturing source – before goods make thelong journey to the firm’s North Bergen, NJ, headquarters and other distribution centers.

Liz also has been a pioneer in its suppliercertification programs, providing a wealth of guidelines and requirements that outline thefirm’s expectations of its apparel, trim, fabric and accessories suppliers. There is alsothe company’s unique approach to pre-production concerns, reflected in its requirementthat contractors hold pre-production meetings to discuss critical sewing operations,fabric characteristics and other technical details outlined in its specification packagesand production guidelines. Similarly, the firm has trail blazed in its efforts to achievequality and consistency in the production of samples and pilot runs, with the introductionof concepts such as the “sealed sample” – a top-quality sample mutuallydeveloped and agreed upon by Liz and the contractor. This sample is polybagged and kept onhand as a standard for workmanship for the order.

But perhaps one of the firm’s mostnoteworthy quality coups to date is its role as the driving force behind theimplementation of continuous quality improvement programs within its contractors’facilities via statistical process control (SPC). (See “What Is SPC?” )

SPC may sound like just another catchphrase in the alphabet soup of industry acronyms that come and go, often accompanied by alot of lip service and not much meat when it comes to truly changing the way business isdone. But SPC is not a blue sky manufacturing concept, but rather a tried-and-truescientific tool for measuring and controlling quality during the production process.

While SPC is only one prong of LizClaiborne’s many quality assurance initiatives, it has elicited some remarkable responsefrom the global apparel community. The fact that Liz Claiborne has made SPC a requirementto become a member of its certified supplier fold has prompted competing contractors fromboth the Western and Eastern hemispheres to work together to share with each other whatthey know of SPC.

Moreover, SPC is gaining keen interest fromother global sourcing entities, which have stood on the sidelines as Liz Claiborne SPCcharts have cropped up on factory floors of many of the world’s leading apparelmanufacturing resources.

Convincing the World It Would Work
By year end, Liz Claiborne expects to reach its goal of having the contractorswho are responsible for approximately 85 percent of the firm’s production volume activelyengaged in some stage of SPC implementation. As of press time, the company was well on itsway toward meeting this goal, with SPC implementations underway at 78 supplier firms in 22countries. (The company utilizes approximately 280 apparel suppliers in 32 countriesoverall.)

Still, while the momentum behind SPC isgoing strong now, that hasn’t always been the case. As Schneider emphasizes, “We knewwhat a hard sell it was going to be because it was really changing the whole mentality ofmanufacturing for the future. We knew we needed a model for SPC because seeing isbelieving.”

As a result, in fall 1997, Liz Claiborneapproached Rafael Villegas and Richard Karron, founders of Miami, FL-based SaraInternational, with operations in Pereira and Manizales, Colombia, about taking on theresponsibility of being the SPC role model. As a supplier to Liz Claiborne for eight yearsand in desperate need of changes, they readily agreed.

Word spread quickly of Sara International’sSPC success, and Liz Claiborne soon was encouraging its vendors from around the world tovisit the Pereira jewel in the crown. Andrew Cheung, Liz Claiborne’s director of technicalfield services, recalls the reaction of some of Liz Claiborne’s long-standing Far Easternmanufacturers upon seeing that a firm that was in business 24 years was so receptive tochange: So much for the adage, “You can’t teach an old dog new tricks.” Beforetheir visits to Colombia, some of these Asian vendors had been somewhat reluctant toembrace SPC, Cheung observes, but the Colombian experience “really changed theirmentality.”

While positive role model facilities havebeen crucial to Liz Claiborne’s efforts to achieve widespread implementation of SPC, themerits of SPC alone also have proven to be a strong selling point, even amid the dizzyingnumber of quality programs being required across the board by manufacturers and retailersalike.

As Baron puts it: “The program we’reimplementing is an eclectic type of program in that it’s not specific to Liz Claiborne. Ittakes into account best practices and expectations that others are looking for. … Westudied what others were doing and knew our approach had to be one that enlightenedsuppliers would see as taking them to the next level.”

The Rewarding Results
As Liz Claiborne and its suppliers reach “the next level” in their overallcollaborative quality initiatives, they are recognizing some impressive results. Considerthe shifts in Liz Claiborne’s failed shipment index, which has decreased by 33 percentfrom 1996 to the present and is expected to decrease by an additional 33 percent byyear-end. Moreover, Baron reports that the firm’s cost to inspect quality has been reducedby one-third in the same period.

From Sara International’s perspective,Villegas notes that thanks to the combined implementation of modular manufacturing andSPC, his firm’s productivity has increased by 30 percent in the past two and one-halfyears. In addition, garment rejection rates have plummeted from more than 20 percent inthe early to mid-1990s to 3 percent in ’97, then to below 2 percent in ’98 and finally toless than 0.4 percent in the first six months of ’99.

In the Eastern Hemisphere, Indonesia’sCitra Abadi Sejati, a major apparel factory that now has 22 sewing lines running with SPC,has seen the average number of pieces produced monthly by shift increase by approximately25 percent. The facility also has witnessed the percentage of defective garmentsidentified by the finishing department after pressing drop by about 35 percent.

As positive as they are, these numbersreflect only rough preliminary results. It’s clear the best is yet to come as the rewardsof Liz Claiborne’s global quality coup are realized and more accurately measured.

As Baron sums up the concept of continuousquality improvement: “It’s a work of art that’s never completed because as you’reworking on it, you see other possibilities. We’ve learned a lot through this journey, andwe will not be afraid to continue to change and modify things based on what we are seeingas we continue down the road.”

Statistical process control (SPC) is amethod, or tool, for continually monitoring a process and reacting to situations thatcreate instability in the process. The SPC approach is different from many other apparelindustry programs in that it is designed to actively monitor the manufacturing process andsignal unstable situations, as well as determine capability to achieve customerspecifications on a continuous basis. And according to many industry experts, this is thebest way to control quality, as opposed to using systems that attempt to assure qualitythrough random inspections.

SPC requires the in-line measurement ofquality in a statistical sampling of consecutive garments – usually in small batches – asthey come off of a particular operation hour by hour. This is opposed to other commonlyused methods, which tend to involve in-line and end-of-line inspections of large randomsamples.

Proponents of SPC emphasize that it is aproactive rather than reactive approach to quality, prompting everyone within anorganization, from the line operator to the plant manager, to better understand the causesof quality problems and take responsibility for solving them before they turn into majorproblems.

By focusing on the process rather than theoperator as the source of quality problems, SPC avoids the “policing” approachto quality. Instead, the emphasis is on identifying shortcomings in an apparel firm’smanufacturing methods, materials, work environment and equipment – factors which moreoften than not are at the root of quality problems, as opposed to “bad”operators.

How does SPC work on the plant floor?Consider the following example of SPC in use in the production of a ladies’ constructedjacket, specifically as it relates to sewing. First, at a pre- production meeting, keystaff members from different areas of the company study the style that is about to enterproduction, and identify operations that are critical to the quality of the final product,such as constructing the jacket front, setting the pockets and sewing in the lining, toname a few critical procedures. Participants in this meeting might include a patternmaker, an engineer, the sewing line supervisor, an in-line inspector and a mechanic.

When sewing begins, the in-line inspectors,trained in SPC techniques, begin to collect both variable (measurable) and attribute(visual) data based on their inspection of garments that have just passed through thecritical operation stages. At stations located near the critical operations, theinspectors visually check a garment’s appearance, and measure the garment’s criticalpoints, such as pocket placement, to determine whether the operation was performed withinupper and lower control limits, and evaluate how close the results are to customerspecifications.

Calculating the level of variance betweenthe target specification measurement and the measurement taken of the in-process garment,the inspector then plots his or her findings on an SPC control chart. These poster-sizecharts, located near the workstations of the critical operations, typically use a linegraph to illustrate how the ongoing production is measuring up against the customer’sspecified tolerances and the allowable variance. These important thresholds for qualityare defined clearly on the chart, usually with a dotted line or other horizontal marking.

Upon noticing variances away from thecontrol limits or a consistent trend toward out-of-control work, the inspector works withthe line supervisor and the operator to identify the cause of the problem, with a goal ofgetting the operation back within the required control limits and as close as possible tothe target specification. Depending on the nature of the problem, personnel from outsideof the sewing line, such as fabric and trim specialists, engineers or even the plantmanager, may be called upon to work on a solution and get production back on track.

What is driving growth in the Global Luxury Apparel Market?

The global luxury apparel market has seen exceptional recovery since 2021, after the inevitable sales decline in 2020 due to the pandemic. This growth has largely been due to strong demand in the key market of APAC, with the lifting of restrictions leading consumers to spend more on luxury goods for events such as holidays and social occasions. This growth is only expected to continue, and GlobalData’s free report Global Luxury Apparel Market Trends, Size and Forecasts out to 2025, can assist companies in understanding the drivers behind this growth, as well as potential inhibitors and key trends affecting the market. Understanding these crucial elements will be essential for luxury brands and retailers to stay ahead of their competitors. This report provides comprehensive analysis of: Read this report now if you want to maximize growth using in-depth market predictions.
By GlobalData