A number of Bangladesh textile workers that are affiliated with trade unions have allegedly been imprisoned following protests over pay that broke out at the end of December.

In December an estimated 50,000 garment workers walked out of factories demanding higher wages, while clashes between police and protesting workers led to one death and dozens more injured.

New information from trade union IF Metall says 26 union-active textile workers in Bangladesh have subsequently been imprisoned, and that the government is using the strike as “a tool to breakdown the workers and also arrest unions that did not directly participate in the strike.”

Commenting on the matter the Ethical Trading Initiative (ETI) said it was “very concerned about the recent mass dismissals of garment workers in Bangladesh. Additionally, we are troubled about the reportedly violent reaction of some of the policing authorities. 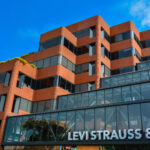 “In Bangladesh, the garment industry is subject to a number of pressures. This includes increased costs, automation and price pressures among others and can result in change and sometimes job losses. However, even when dismissals are justified by business realities, workers should still be treated with dignity. They should either be offered alternatives, or if let go, should be paid outstanding wages and benefits in a managed process.

“ETI is particularly concerned that the current wave of sackings is being exploited by some to undermine trade union membership and punish those who have actively argued for improved working conditions. It is important to stress that this would be completely at odds with ETI’s Base Code of labour conduct, the second clause of which emphasises the right to freedom of association, to collective bargaining and to worker representation.”

A Reuters report from earlier this month said at least 7,580 workers from 27 factories had been laid off in recent weeks. Three of the factories supply European brands such as H&M and Next.

Bangladesh’s $30bn readymade garments industry accounts for 80% of the country’s exports, making it the world’s second-biggest garment exporter after China.

The BGMEA added the workers that have been laid off are ones that were accused of vandalism during the protests. However, Reuters reports some workers claimed they had protested peacefully and lost their jobs because they tried to unionise other workers.

The BGMEA did not respond to request for comment when approached by just-style.

Crony Group, East West Industrial Park Ltd and Metro Knitting & Dyeing Mills Ltd are among those said to have laid off workers and all supply H&M and Next as clients – though none returned just-style’s request for comment.

But a spokesperson for H&M confirmed to just-style that garment workers at three factories where it has production have been dismissed – adding it is “deeply concerned about the recent development in Bangladesh” and that well-being of workers at suppliers’ factories is a “priority.”

“The garment workers’ frustration clearly highlights the need for strengthened industrial relations in the country. When workers are listened to, when the parties in the labour market can engage in peaceful dispute resolution, and when the minimum wage level is revised regularly, that is when situations such as this one can be resolved long-term.

“However, even if we understand and fully sympathise with the garment workers’ frustrations, we cannot encourage vandalisation and violence as a means to an end. We strongly encourage peaceful conflict resolution for all parties in all situations and see ourselves as an enabler to make that happen.

“This is why we have created National Monitoring Committees under the Global Framework Agreement together with the global union IndustriAll and the Swedish trade union IF Metall: platforms dealing with conflicts peacefully. We support increased wages for garment workers as well as the guidelines of the ILO and global unions, which emphasise collective bargaining as necessary for workers and employers to negotiate wages and working conditions.”

H&M says it has since signed a memorandum of understanding with the factory management, associated trade unions, including IndustriAll, and the worker representatives – adding it is in close dialogue with the parties involved to “contribute to peaceful conflict resolution.”

Next did not respond to requests for comment when approached by just-style.