Cambodia’s trade unions are seeking a minimum wage of US$215 while employers are suggesting it remains at $194.

The government raised the minimum wage to $194 per month earlier this year, from $192, raising concerns within the industry as Covid-19 delivered a turbulent year for the key apparel sourcing hub.

A report published by The Phnom Post, citing a statement from the Ministry of Labour and Vocational Training, claims the parties had presented their initial positions to each other clearly and professionally.

Based on the debates during the meeting, Ath Thorn, president of the Cambodian Labour Confederation, said he expected the wage is likely to increase, estimating it could reach around $197 and a top-up from Prime Minister Hun Sen could see it rise to around $200 per month. 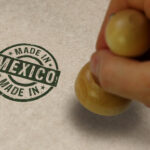 Citing comments from Kaing Monika, deputy secretary-general of the Garment Manufacturers Association in Cambodia (GMAC), the Post said the body is concerned about the export situation for the second half of the year given the unstable global situation and the possibility of an economic downturn, mostly in the West, which is Cambodia’s main garment export market.

The situation, Monika added, according to the report, “is unfavourable” to both parties and while factory owners want to support worker livelihoods they must also remain competitive.

GMAC could not be reached for comment at the time of going to press.