US retail giant Walmart has cut its full-year earnings outlook and says it is having to make more markdowns on apparel as higher food and fuel prices continue to dent customer spending.

In a trading update yesterday (25 July), the retailer said pricing actions aimed at improving inventory levels have resulted in a revised outlook for both the second quarter and the full year.

“The increasing levels of food and fuel inflation are affecting how customers spend, and while we’ve made good progress clearing hardline categories, apparel in Walmart US is requiring more markdown dollars. We’re now anticipating more pressure on general merchandise in the back half; however, we’re encouraged by the start we’re seeing on school supplies in Walmart US,” said Doug McMillon, Walmart Inc. president and chief executive officer.

During the quarter, the company said it made progress reducing inventory, managing prices to reflect certain supply chain costs and inflation, and reducing storage costs associated with a backlog of shipping containers. 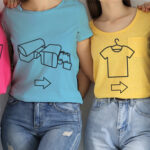 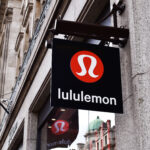 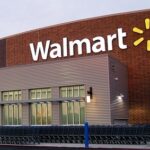 Despite this, Walmart says adjusted earnings per share for the second quarter and full year are expected to decline around 8% to 9% and 11% to 13%, respectively.

Operating income for the second-quarter and full year is expected to decline 13% to 14% and 11% to 13%, respectively, while consolidated net sales growth is expected to be around 7.5% and 4.5%, respectively. This is higher than previously expected. Net sales include a headwind from currency of about US$1bn in the second quarter.

The retailer has maintained its expectations for Walmart US comp sales growth, excluding fuel, of about 3% in the back half of the year.