A daily update of major developments in the evolving Covid-19 coronavirus crisis and its global implications – with emphasis on major national government developments, forecasts and commentaries.

US Senate passes USD$2.2 trillion aid package as coronavirus deaths top 1,000 nationwide. The US Senate has (late on 25 March) passed an unprecedented $2.2 trillion economic rescue package steering aid to businesses, workers and health care systems. The unanimous, 96-0 vote came despite earlier wrangling and arguments on both sides about whether it went too far or not far enough.

EU eurozone finance ministers have been unable to agree a firm plan for the bloc’s bailout fund, the European Stability Mechanism, so far this week. Heads of government will hold crunch talks on the subject later this afternoon. Reports suggest much behind the scenes wrangling, with some observers noting that the crisis throws economic disparities within the EU into sharp relief. Reports indicate that southern European countries heavily hit by the crisis are seeking new credit lines from the eurozone’s bailout fund or the creation of special EU ‘corona bonds’. Other countries – including Germany and the Netherlands – are said to be much less keen. 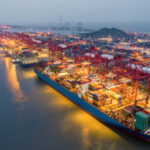 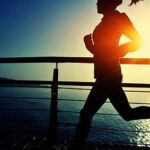 The UK government is announcing a new aid package – cash handouts – for the self-employed, in addition to support measures already announced for businesses and employees. It is also preparing a big rollout of testing kits over the next three months, initially to front-line health workers. The kits will show whether a person is carrying anti-bodies that indicate they have been infected by Covid-19 previously.

Iran’s government has banned internal travel. Iran is a Covid-19 hotspot (over 25,000 cases and over 2,000 deaths). Tehran has warned of a ‘second wave’ infections outbreak and more restrictions are expected. Observers says the high rate of infections in Iran reflects extensive holidays-related travel earlier in the year.

Saudi Arabia has reported its second coronavirus death and tightened a nationwide curfew. Riyadh is barring entry and exit from the capital Riyadh and the holy cities of Mecca and Medina, as well as movement between all provinces.

South Africa is the country worst affected by the coronavirus on the African continent. It will begin a 21-day lockdown at midnight Thursday (26 March). Health Minister Zweli Mkhize said he believes it may be at least two weeks before the lockdown affects the rise in cases.

All international flights to Russia will be halted from Friday following a sharp jump in coronavirus cases in the country this week, Russian government officials have announced. Vladimir Putin has also said he will postpone a vote on constitutional changes, scheduled for 22 April, which would have allowed him to run for office again. Russia’s government is now ramping up its response to the crisis. Starting on 28 March, Russians will have a week’s paid leave – to stay at home. Russians will also see a moratorium on mortgage payments and enterprises will be given credit holidays.

US Federal Reserve chair Jerome Powell says America ‘may well be in recession’ but also adds that it’s not a typical downturn. While the slump may be severe, activity could rebound vigorously when the virus is under control, he maintains. Speaking to NBC, Powell also insisted that the Fed still has room to take more policy actions in response to the crisis. It has already cut interest rates, pledged money-printing through its QE asset purchase programme and also launched new programmes to support consumer credit and corporate debt. Weekly US unemployment figures are due to be announced later today – and will likely show a sharp jump.

Barclays has slashed its oil price forecasts for 2020, citing considerable downward pressure on the market from a Saudi-Russian price war and unprecedented demand disruption because of the coronavirus crisis. The bank lowered its 2020 price outlook for Brent and West Texas Intermediate by $12 each to $31 and $28 per barrel respectively.

A report on Politico suggests that the coronavirus crisis is creating a thaw in relations between tech firms and politicians who were previously limbering up regulators to tackle so-called ‘Big Tech’. EU Internal Market Commissioner Thierry Breton, told Politico the crisis and tech firms’ response ‘could be a turning point in how big platforms behave in the future’. The report notes that while airlines and hotels are asking for government bailouts, Facebook and Netflix both announced they will provide $100 million in funding to help small businesses and the creative community. Google has also rolled out online tools for teachers and streaming content providers have been responsive to requests for actions that would prevent internet traffic congestion.