In a trading update this morning (1 February), Joules said its financial results for the six months ended 28 November were in line with previous guidance, with revenues of GBP127.9m and profit before tax pre-adjusting items of GBP2.6m

Group revenue for the nine weeks to 30 January was up 31% against FY21 and 19% against FY20, however, it noted this performance, along with the group’s profit before tax performance over the same period, is behind the board’s expectations.

Joules said its performance reflects a number of factors, including weaker than expected revenue in January, in part as a result of the negative impact of the Omicron variant on retail footfall which is down 36% versus. the comparable period two years ago. It also pointed to delays to new stock arrivals as a result of global supply chain challenges, resulting in a lower full-price sales mix which is , in turn, impacting revenue and gross margin.

It also cited  lower than expected wholesale revenue due to delayed stock and customer cancellations; the continued impact on gross margin of increases in freight, duties and distribution costs; and continued operational disruption, lower productivity, and higher than expected costs within the third-party operated distribution centre (DC). DC costs for December and January were about GBP£1.2m above expectations, Joules said, which is more than double compared to the prior year. 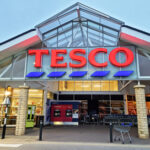 It added in the second half of FY22 so far and post-peak trading, wage rates have reduced but are still higher than seen in the comparable prior-year period.

In response to the pressures on profitability and the overall macro-economic headwinds, Joules said it has already taken a number of actions to simplify the business, reduce costs and improve margins. These include:

Joules said its board’s base case expectation is for trading for the balance of the year to recover in line with its previously stated expectations, supported by recovering footfall and an improved level of newness in the stock position. It added its wholesale orderbook for spring/summer 22 remains strong and the DC operation is normalising with delivery times back to standard service levels and productivity improved.

Assuming the board’s base case is met, adjusted profit before tax for the full year is not expected to be less than GBP5m. This compares to GBP6.1m in FY 2021 and previous guidance last month for a range of between GBP9m and GBP12m.

As of 31 January, Joules said it had net debt of GBP21.5m, with GBP11.5m of total liquidity headroom.

“Based on the expectation set out above, the group has sufficient liquidity headroom for the foreseeable future,” it said.