The Good Clothes, Fair Pay campaign is said to be the biggest European campaign on living wages and urges brands and retailers to put in place, implement, monitor, and publicly disclose a time-bound and target-bound plan to close the gap between actual and living wages.

Brands are required to identify risk groups that are particularly hard hit by low wages, such as women and migrant workers, and include specific measures on companies’ pricing, costing, and overall purchasing practices. The proposal for legislation would cover all brands and retailers who want to trade in the EU, independently of whether they are based in the bloc or elsewhere.

The campaign groups behind the move say there are a few differences between the proposal and the recently proposed EU Corporate Sustainability Due Diligence Directive (CSDDD). The ECI specifically focuses on living wages, has a broader scope and underlines the importance of continuous engagement of stakeholders such as unions and workers, the cohort says. 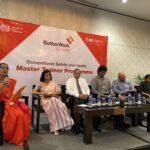 It adds the CSDDD does not mention living wages explicitly, noting it only covers large companies and plans to limit involvement of stakeholders to “where and when relevant”. Finally, the ECI calls for a grievance mechanism to address issues in the supply chain and act as an early warning system. The CSDDD only refers to a complaint mechanism that is not very specific yet, the group notes.

“Living Wages have been a key theme for the Clean Clothes Campaign for years, yet this is one of the areas where progress is hardly made. It remains too easy for brands to evade their responsibility as employers to make sure that their workers are able to live a decent life. There are numerous voluntary initiatives claiming to work on the issue but the reality is that garment workers can largely be defined as working poor; their purchasing power is extremely low and has barely improved – if not decreased – over the past decade. Voluntary initiatives have not resulted in meaningful improvements for workers. Legislation, binding measures and strong independent labour unions are needed now to secure living wages for workers,” says Tibbe Smith Larsen, European regional coordinator of the Clean Clothes Campaign, a member of the committee that drafted the proposal.

The Good Clothes, Fair Pay campaign will run for one year, and, if it is successful in collecting one million legitimate signatures, the next step will be for the proposal’s Citizens Committee to discuss the content of the proposal directly with the European Commission.