The award-winning new developments at Techtextil and Texprocess include a patented process to transform fruit waste into leather for fashion goods, cold gluing robot set to revolutionise seam bonding, and an automatic bobbin thread winding and feeding device.

A total of 13 winners from seven categories were honoured at the public awards ceremony, which took place during the trade show on Tuesday (21 June) and had a total of 2,300 exhibitors from 63 countries in attendance.

The jury explained the winners used new products, materials, solutions and processes to demonstrate that textile innovations are the ideal way to create market opportunities and boost future business revenues, out of the current challenges being faced.

Reuse of waste from a natural source
Among the winners was France’s RBX Créations which received the Innovation Award in the ‘New Material’ category for a novel cellulose fibre made from hemp waste. The material, named Iroony, was developed with regard to the following question: ‘Hemp is now grown either to make fibre or to produce hemp oil, but could not the two be combined?’ 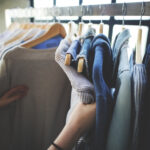 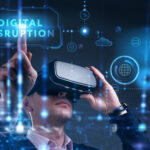 RBX Créations has now succeeded in developing a process for extracting cellulose from the waste of oilseed hemp. Spun into textile fibres, it can be used to produce sustainable textiles, packaging and other green products. The award was given to RBX Créations for its continuous and successful efforts to convert waste from a renewable source into a valuable cellulose fibre. that meets the highest sustainability standards.

Compostable textile coating
The Techtextil Innovation Award in the category ‘New Approaches on Sustainability and Circular Economy’ went to the textile research institute Centexbel (Belgium) for a bio-based and compostable dispersion for textile coatings and printing inks. The new development does not require solvents and is said to bring a completely new type of polymer for coatings and printing inks to the market. According to the expert jury, the innovation is an important step for the textile coating industry towards more products based on renewable resources.

Fashion from pineapple peel
Italian company Vérabuccia was honoured in the ‘Performance Fashion Award’ category for an innovative production process for the fashion and design sector. The patented process is designed to “transform fruit waste into fashion highlights.”

The first material is the so-called ‘Ananasse’. According to Vérabuccia, unlike other plant leathers, which tend to imitate real animal leather, this material retains the original appearance of a pineapple skin, emphasising the origin of the raw material.

Cold gluing robot is set to revolutionise seam bonding
Welding and sewing machine manufacturer Vetron Typical Europe GmbH (Kaiserslautern) was honoured for a new type of cold gluing robot. For what is said to be the the first time, it is to perform the sealing of seams with adhesive tape on the reverse side completely automatically. Cold gluing, for example for decorative seams on dashboards or closing seams in outdoor clothing, is state of the art in many industries, according to the expert jury. But because the adhesive tape has to be cut off manually, the technology could not be combined with the high demands of process automation, until now.

For the first time, the new special robot applies the adhesive tape in an automated process and also cuts it off automatically using a tape cutter. According to Vetron, the innovation, which was presented publicly for the first time at Texprocess, is already attracting great interest from the automotive industry.

With this innovation, ZSK aims to enable a new dimension of productivity with higher embroidery precision and reliability even at high embroidery speeds. The R-head is also said to significantly reduce noise emissions compared to current embroidery heads. Customers should also be able to replace it themselves if necessary.

Increasing productivity and reducing fatigue of sewing machine operators
The third winner in the award category is Juki Central Europe (Poland), which has developed an AW-3S automatic bobbin thread winding and feeding device. This not only automatically calculates the amount of bobbin thread required when loading a sewing pattern, but can even change the sewing thread automatically, according to the manufacturer.

AW-3S is thus designed not only to increase productivity, but at the same time to save operators from having to change the sewing thread manually. This reduces staff fatigue, allowing them to concentrate more on production and quality control. The jury welcomes the conversion of a manual process into an automated one as another example of Industry 4.0.

The company from Bielefeld wants to take digitalisation in the sewing industry to a new level. In interaction with programmable sewing machines, QONDAC
Guided Working is intended to become the link between planning, operating personnel and machine by supporting processes from production planning to the last step at the final workstation. In addition, manual workstations or conventional sewing machines can also be easily integrated into the network.