US athletic footwear sales grew by 2% in 2017 to reach US$19.6bn, with demand for sport leisure footwear outpacing that of performance products, according to new research.

Unit sales also grew by 2% and average selling price remained flat at $58.16, according to global information company The NPD Group.

Meanwhile, the women’s market grew the fastest, with sales up 5% over 2016. Men’s footwear, the largest segment of the market, grew its sales by 1%, as did the kid’s market.

The research shows the industry’s sales generated during the third and fourth quarters of the year were almost the same, as both coincide with key seasons for the industry: back-to-school and holiday. Impacted by price promotions, the fourth quarter of 2017 grew 4% compared to the same period in 2016. 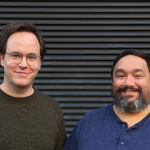 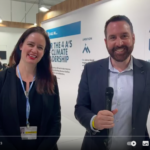 News
What do companies need from COP27?

“This was one of the most promotional years in decades for the athletic footwear industry,” explains Matt Powell, senior industry advisor, sports at The NPD Group. “While promotions helped drive sales in 2017 and the product mix kept the average selling price flat, it was a double-edged sword for the industry, as its performance was not as healthy as in more recent years.”

He adds brands and retailers need to change their course of action to achieve long-term growth. “Adopting solutions in their marketing and product development will give the industry an important boost in 2018, and set it on the right track moving forward.”

Continuing its growth relative to the performance category, sport leisure is now the largest category in athletic footwear. Sport leisure captured $9.6bn in sales in 2017 and grew 17%, while performance sales declined 10% to $7.4bn, a rate that has accelerated for the last two years. The fastest-growing segments of the market were running inspired (+39%) and casual athletic (+24%) footwear.

On the performance side, running shoe sales declined by 7%, and training sales were down 15%.

Nike/Brand Jordan, Adidas, Skechers, Under Armour and New Balance were the top-selling brands based on dollar sales in 2017, with Adidas the fastest-growing player in the market overall, growing its sales by over 50%.

While the list of the top-10 selling shoes was dominated by Nike and Brand Jordan, Adidas had two shoes on the list this year – Superstar and Tubular Shadow.

“I often get asked whether the bubble around leisure will burst anytime soon, and the answer is no,” adds Powell. “There is not a single performance shoe in the top ten list for 2017, which illustrates the sportswear fashion cycle we are in. Athleisure rules the runway, and the line between what is an athletic shoe and a casual shoe continues to blur. Brands and retailers must continue to feed this trend.”