We’ve read the headlines. Seen the markets. Experienced changes in everyday life. Stuff costs more or is harder to get. We live in a time of rapid change — and unwinding. In fact, some say we’re living through the end of globalisation for the apparel industry. That may be an exaggeration, but the fundamental underpinnings supporting globalisation are weakening.

Although trade and the promise of globalisation should not be viewed through the prism of zero-sum politics, there has undoubtedly been a cause and effect on the world economy. The rise of Chinese manufacturing, in particular, came at the cost of hollowed-out manufacturing in the West.

The premise of globalisation — free trade — was to contain hostile forces during the Cold War. The Cold War is no more, but competing forces still exist. Indeed, we appear to be entering a period of Great Power competition that pits the West against China and Russia.

Moreover, poor government policies in the West failed to support and retrain displaced workers in places like the US Midwest and South. The ensuing unemployment and despair resulted in social decay and, eventually, the ferocious populism that propelled Donald Trump to the White House. 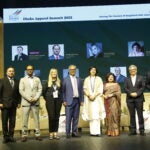 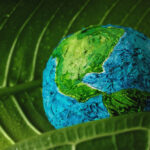 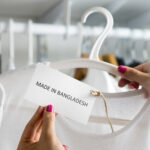 Apparel and the beneficiary of globalisation

To China’s credit, the country leveraged the benefits of globalisation to the max while becoming the world’s manufacturing powerhouse. Make no mistake, the apparel industry helped that to occur. Likewise, outsourcing helped to build economic power. Xi Jinping’s unprecedented third term in power illustrates the point. China has changed. The country now has the tools to challenge the West economically, politically, culturally, and militarily.

In fact, with the global financial crash in 2008, the Anglo-American system of economics suffered severely. Many sceptics have concluded the Anglo-American way of business may not be the best model. Hence, the search for alternatives. Toss in a war in Ukraine, along with tensions in the Taiwan Strait, and we have significant evidence that the world is not as flat or peaceful as some had hoped. There are potholes along the road of globalisation.

But there’s more. Ironically, for so many years, in the chambers of government and academia, the tenets of free trade, globalisation, and multilateralism could never be questioned. The orthodoxy was that strong. In the US both political parties treated globalisation as a forgone conclusion. They believed globalisation was the best means of promoting peace, Western values, and economic principles — along with a not-too-subtle means of opening closed countries such as China. In fact, it was a Cold War tactic. But to question this was to be labeled a protectionist (a smear) or, worse, a delusionist (a kook). And to advocate industrial policy to balance the adverse effects of globalisation was akin to shouting fire in a crowded theatre.

It’s a shame. With authoritarianism on the rise in parts of the world, in hindsight, a little open-mindedness to listen to other perspectives may not have inadvertently provided authoritarians with the means to grab hold of populist sentiment against globalisation throughout the world. Indeed, the backlash to globalisation witnessed in the working-class electorate in the developed world, along with rising nationalism and populist sentiment, is a reaction to globalisation. And, of course, would China have been different?

Homecoming: from globalisation to localisation for apparel

This brings us to a well-researched and thoughtful book by Financial Times global business columnist and associate editor Rana Foroohar entitled Homecoming: The Path to Prosperity in a Post-Global World. So, first of all, read it. You won’t be disappointed. It’s thought-provoking, balanced, and rational — a well-written and keenly argued analysis of the pros and cons of globalisation, its successes, and missed opportunities.

Sure, not everyone will agree with Foroohar’s view of globalisation. Still, it is hard to dispute many of her observations, conclusions, and goals for the future. A good journalist, she challenges the reader. A case in point: Foroohar makes the case that China changed due to globalisation. Well, guess what? It’s time for the West to change too. Now. Particularly in the US and specifically concerning government policy. The upcoming US midterm election looms large as the role of government will again become central in the minds of candidates and the electorate.

Foroohar explains globalisation never delivered the economy we were promised. Sure, many folks bought lots of cheap stuff, but only at the cost of hollowed-out industries in the developed world. In turn, this bred economic inequality and sharpened social divisions. In this sense, globalisation ran ahead of local politics and culture. So instead of being a tool for national good, it became a detriment to the objectives of many nations.

It’s a compelling narrative. But despite Foroohar’s critique of globalisation, she maintains an even-handed approach in her writing. Sure, she identifies pitfalls such as the corroding of US manufacturing and distortion of the agricultural markets. Still, she balances that with how the US economy has adjusted, often with little or no support from the federal government. In turn, she’s optimistic regarding new technologies (such as vertical farming and 3D printing) and ways of conducting business (the rise of localised supply chains).

When addressing the negative aspects of globalisation, Foroohar focuses primarily on the cumulative impact felt in the US over the years since the establishment of the World Trade Organization (WTO). But the culmination of global trade was revealed in stark terms when the globalised trade system struggled under the weight of Covid. The adages of maximum efficiency and cheaper production fell away as resiliency proved critical. Low prices matter little when products can’t even be shipped in the first place. A tough time to be in the apparel business. A casualty of globalisation — with our industry caught in the middle.

Foroohar uses the textile experience in the US as a case in point. The US industry’s well-documented response to Covid, with its rapid retooling and production of face masks and other PPE items on short notice, illustrated two things:

As a result, global supply chains failed to meet the crisis. Not surprisingly, countries that had been traditional suppliers of PPE on the international markets had to take care of their own during the pandemic.

Is the world flat?

Let’s switch to a well-known analysis supporting globalisation written more than 15 years ago to much fanfare. In 2005, Thomas Friedman, a New York Times columnist, published The World is Flat: A Brief History of the Twenty-first Century. At the time, Friedman’s book was heralded as the definitive manifesto of free trade and globalised commerce. Moreover, it was an optimistic portrait of an economic future in its nascency.

In fact, Friedman popularised the term “the world is flat.” It is a metaphor describing a world where trade barriers were reduced (like tariffs), if not outright eliminated (like textile and apparel quotas). More efficient communication and commercial interaction would build a safer, more prosperous world by removing trade barriers.

That was (only sort of) the case when looking at globalisation’s track record and the benefit of hindsight. The world became more prosperous for sure. So many people were pulled out of poverty, for example. However, for so many nations, a special few received massive windfalls and, in so doing, created a global oligarchy. The few came to rule over the many. And now we see the roots of autocracy taking hold around the world.

Both books, Homecoming and The World is Flat, are bookends to the story of globalisation. For Friedman, globalisation was “the thing.” In fact, he sounded star-struck at times. The world was made flat, and trade and commerce could occur at lightning speed and efficiency. This is because many roadblocks of the past — namely tariffs and quotas — were reduced or eliminated under the WTO.

The central question for Foroohar is: Were low prices worth it? For her, the answer is no. But she doesn’t end there, as she explains, work remains to be done. Globalisation has brought about change — much of it unpleasant. Still, there are lessons and new strategies to be adopted by businesses and governments.

Interestingly, Foroohar concludes her treatise with an observation: What was global is increasingly becoming local. Reshoring? It’s not the idea of crackpots but a reality. The apparel industry is a case in point for globalisation. Companies throughout Asia are exploring opportunities in the United States, México, and Central America. Why? Safety, or more appropriately stated: Supply chain resilience.

Last month (October), Antoshak discussed the economic recession and currency imbalances that are posing the greatest threats to the global apparel industry.