Arise’s global vice president of marketing for textiles and apparel, Vikas Budhiraja, tells Just Style about the group’s vision for West Africa as the next textile and apparel sourcing hotspot and why the new sites deserve ‘eco-park’ status.

Notable among its latest projects is its clear focus on West Africa as a sourcing and manufacturing hub for textile and apparel. 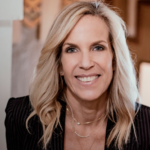 “We at Arise see West Africa as the next apparel sourcing hotspot in the making,” Budhiraja tells Just Style. “A destination which offers substantial value to all stakeholders.”

The company, which has its corporate headquarters in Dubai, is investing some $600m-plus into two new industrial parks and their facilities. The first, PIA Park in Togo, has been operational since June 2021, while GDIZ Park in neighbouring Benin is slated to be ready for production to begin sometime in October.

The aim, Budhiraja says, is to provide one of the most comprehensive, sustainable and vertical integration-led textile investment platforms to all textile entrepreneurs worldwide.

Both parks are offering vertical integration possibilities to all textile and apparel investors, according to Budhiraja, who adds: “We are ensuring forward and backward integration of production processes, linking customers to end markets and garment factories with raw material sources to make a complete ecosystem.”

Specifically, the facilities will offer yarns and fabrics, knit and woven apparel, and denim in addition to home textiles.

Among the key export markets of both parks are the US, UK, and European Union with Budhiraja pointing to Zero Landed Duty under the respective African Growth and Opportunity Act (AGOA) and Everything but Arms (EBA) scheme.

The Economic Community of West African States (ECOWAS) is also understandably on the table as a target export market, with duty-free access to the economic bloc of 15 West African countries.

West Africa in the spotlight

While many Western African countries have a long history of making and exporting garments, Dr Sheng Lu associate professor of fashion and apparel studies at the University of Delaware explains the overall production and export scale remains relatively small. Because the European Union offers apparel exports from many West African countries duty-free and quota-free market access, the bloc currently serves as the single largest apparel export market for West Africa (about 50%).

He adds the prospect of West Africa as an apparel sourcing base faces both opportunities and challenges.

“As fashion brands and retailers continue to diversify their sourcing base, there could be growing interest in expanding sourcing from the region. However, compared with more mature sourcing destinations such as Vietnam, Bangladesh, and Turkey, West Africa suffers a disadvantage in production capacity and product variety. West Africa also needs substantial investment to improve its infrastructure, which is often beyond the affordability of fashion brands and retailers. Additionally, concerns about political instability also make fashion companies hesitant to make a long-term commitment to the region.”

But Budhiraja is quite optimistic about the region’s potential and due to the approach taken by Arise in developing what he calls these “self-sustainable” textile parks. He tells Just Style two yarn manufacturers have already signed a deal one each for both PIA Togo and GDIZ Benin, while five vertically integrated factories are also invested in the park sites and are currently under construction.

He says Arise chose to invest in Togo and Benin specifically because of the countries’ stable political and financial climate and what he calls the “pro-business intent and readiness of policies” of the respective governments. In addition, the “competitive placement of all factors of textile production is bound to make it a viable destination for production and sourcing,” he notes.

Other draws include the availability of raw material, a benefit Kekeli Ahiable of the non-profit Tony Blair Institute (TBI) pointed to when she spoke to Just Style last month about why West Africa is one of the last frontiers for sustainable yet competitive garment manufacturing.

“First, it’s largely greenfield with few of the legacy challenges experienced in other regions. This offers a ripe opportunity for investors and manufacturers to start from an almost clean slate, which is key as the apparel industry makes strides toward a more environmentally sustainable footprint,” she told Just Style exclusively.

Among the other benefits of Arise’s parks in Togo and Benin are proximity to the ports of Lomé and Cotonou and a focus on sustainability, Budhiraja says.

In fact, Arise describes both sites as “eco-parks” due to four factors, the first of which is the traceability of raw materials.

“All value chain partners can be assured of a reliable and sustainable supply of finished goods since all of the cotton fibres supplied to the parks will be from Cotton Made in Africa (CMiA) certified crop,” Budhiraja notes.

What’s more, he says the water used for producing textiles at the parks will be treated and recycled/reused in the facilities to mitigate any negative impact on the environment, while both sites will benefit from solar power with a plant project already initiated in Togo and the same is due to start soon at Benin.

Budhiraja also highlights both of the textile park’s locations are near deep water seaports and says their end-market proximity ensures what he calls “the lower carbon footprint when compared to their counterparts in Asia.” He also notes building layouts, structure and specifications are in line with the International Finance Corporation (IFC).

While he is confident in West Africa’s attributes as a major apparel and textile sourcing destination of the future, Budhiraja is also realistic about the challenges ahead.

“Skilling of manpower has to start well in advance, to keep pace with the expected efficiency levels in garmenting,” he says, adding what he calls the eco-system approach is necessary for any textile project to succeed in Africa.

“We must tick all the boxes – raw materials, power, garment training, logistics, buyers alignment, trade policies, incentives – in order to ensure the success of a project in West Africa.”

To bring these initiatives to global brands and retailers, Budhiraja says Arise will host the first ‘West Africa Textile Summit’ in Benin in February next year.

“We aim to bring all the stakeholders, including brands, governments, industry, and special interest groups, on board during this important milestone,” he notes.