Calls are mounting for any new trade pact that replaces the North American Free Trade Agreement (NAFTA) to be trilateral, involving the three current partners: the US, Canada and Mexico.

Concerns are being expressed after it emerged earlier this week that the United States and Mexico had “reached a preliminary agreement in principle” to update the 24-year old NAFTA.

The US Trade Representative (USTR) said the new deal would be subject to “finalization and implementation,” but the future of the existing NAFTA agreement remains unclear – as does its relationship with Canada.

Announcing the deal, President Trump was clear about his intentions to drop the NAFTA name, claiming the 24-year-old trade pact has a “lot of bad connotations for the United States because it was a rip-off” and a “horrible deal” for the country. He added: “We’ll start negotiating with Canada relatively soon.” 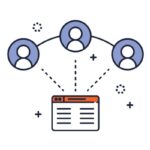 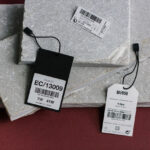 The potential new pact with Mexico has been welcomed by groups representing US retailers, apparel and footwear brands and importers as a step in the right direction – but there is also unease regarding threats to pull out of the existing NAFTA agreement and proceeding without Canada.

“Coming to terms with Mexico is an encouraging sign, but threatening to pull out of the existing agreement is not,” said Matthew Shay, CEO of the National Retail Federation (NRF).

“NAFTA supports millions of US jobs and provides hardworking American families access to more products at lower prices. To preserve these benefits and protect complex, sophisticated and efficient supply chains, the administration must bring Canada, an essential trading partner, back to the bargaining table and deliver a trilateral deal.”

Rick Helfenbein, president and CEO of the American Apparel & Footwear Association (AAFA), also emphasised the need for Canada to be a part of any final agreement.

“The conclusion of talks between the US and Mexico is a positive step in the NAFTA negotiations, however, it is essential that the updated agreement remain trilateral.

“It is important to remember that the existing NAFTA works well for the apparel and footwear industry and its nearly 4m US workers, while at the same time providing real value to our US consumers.

“Any update to the agreement must continue to support these American jobs, promote trade linkages, and be seamlessly implemented to be considered a success. It is with this in mind that we are deeply concerned to hear any mention of withdrawal or termination of the existing agreement at this late stage.”

The National Association of Manufacturers (NAM) and the Canadian Manufacturers & Exporters (CME) have also released a joint statement emphasising the need for a trade deal between the United States, Canada and Mexico.

“There is an unprecedented volume of goods flowing between the three countries and significant integration of operations, which makes a trilateral agreement an imperative. Such an agreement secures the jobs of our manufacturing workers and strengthens the critical US-Canada trading relationship.”

According to the USTR, provisions in the planned US-Mexico trade agreement would strengthen supply chains, incentivise greater US and Mexican production in textiles and apparel, strengthen customs enforcement, and facilitate broader consultation and cooperation on issues related to textiles and apparel trade.

Specifically, the provisions will promote greater use of Made-in-the-USA fibres, yarns, and fabrics by:

“The new textiles chapter provisions are stronger than those in NAFTA 1.0 with respect to both enforcement and incentivising North American production of textiles,” the USTR added.

Based on USTR’s statement, it is likely, although not confirmed, that the US-Mexico deal will allow more limited tariff preference levels (TPL) than the existing NAFTA.