The ‘Customs Bulletin and Decisions’ (CBP) bulletin, which was published on 26 January, explains US Customs and Border Protection is reclassifying some girls and womens fashion footwear, which previously had a 9% duty rate, as athletic footwear, which has a duty rate of 20%.

The non-athletic fashion footwear items that will be affected by the higher athletic footwear duty rate include certain sneakers or trainers that have embroidery, sequins, are closed-toe, closed-heel, and below-the-ankle.

The change will be reflected on goods that enter or are withdrawn from a warehouse for consumption on or after 27 March 2022.

International trade law firm Sandler Travis & Rosenberg (ST&R) explains: “Importers of footwear that had been classified as non-athletic and subject to lower rates of duty because the uppers incorporated embroidery or sequins should re-evaluate those classifications based on this revocation.” 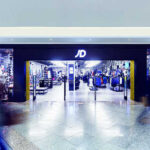 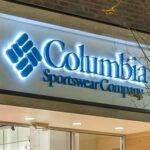 The law firm also highlights that this reclassification changes the longstanding treatment of textile upper footwear that has been classified as non-athletic because the uppers are embroidered or decorated with sequins.

“After considering comments submitted by interested parties, CBP said the mere addition of embroidery to an upper does not necessarily render the footwear unsuitable for athletic use, whether or not the footwear is actually used for athletic purposes. CBP said this position does not conflict with previously published guidelines that specifically mentioned embroidery as a feature uncharacteristic of athletic footwear,” it adds.

The debate over whether footwear is athletic, athleisure, or fashion for classification purposes is often contentious, says ST&R. The latest update from CBP, however, makes it clear that embroidery alone will not likely preclude the higher athletic footwear duty rate.

The law firm adds the move leaves the door open for loosely attached sequins and decorations that could fall off and create a danger for athletic use but casts doubt on whether firmly-attached sequins would rule out ‘athletic’ classification.