The bipartisan bill, which was introduced by US Senators Josh Hawley and Kirsten Gillibrand, states that it requires “certain businesses to disclose the use of forced labour in their direct supply chain, and for other purposes”.

The bill applies to businesses involved in the mining, production or manufacture of goods for sale that have an annual global receipt that exceeds US$500m, which means it will apply to large apparel companies. While, the term ‘forced labour’ within the bill is defined as any means of labour practice or human trafficking activity that is in violation of national and international standards.

In a statement Hawley explains the legislation will establish new corporate supply chain disclosure requirements, mandate regular audits and put CEOS “on the hook” for their company’s use of forced labour. He also says it creates stiff penalties for firms that fail to upload minimum standards for human rights.

In an exclusive statement to Just Style the Ethical Trading Initiative’s head of global partnerships, Hannah Bruce said: “We welcome the US Senators move to introduce measures targeted at business to adopt approaches to tackle forced labour in supply chains. Undertaking meaningful due diligence of serious labour rights violations is critical if we are to make progress in eradicating such abhorrent abuses. However, we strongly encourage the bill to take a beyond audit approach. There are significant limitations, which are well reported, on the ability of audits alone to effectively identify, mitigate and remediate some of the most serious human right issues such as gender-based violence, forced labour and discrimination in global supply chains.” 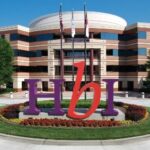 What does the new US legislation mean for apparel companies?

The audit and reporting requirements for applicable apparel companies will need to start no later than a year after the enactment of the act and will need to be carried out each year thereafter.

Large apparel companies will need to:

Submit a report containing the results of an audit and efforts to eradicate forced labour from the supply chain and on-site services.

Publish the report on the company’s public website and provide a link on the homepage of the website that leads to the report. If a company does not have a website it must be readily available for anyone requesting to read the report.

The bill also lists a number of audit requirements for companies and explains that if any should fail to fulfil the requirements set out in the legislation after notice and opportunity for a heading, civil damages could be brought to the company of a maximum $100m.

Punitive damages of a maximum $500m could also be made against an entity that is a covered business entity or supplier, including a direct supplier, secondary supplier or on-site service provider if it is deemed that violations were willfully made after notice of an opportunity for a hearing.

Hawley says: “The scourge of global slave labour must end and multinational corporations complicit in this moral atrocity must be held accountable.”

Visit Profile
Topics in this article: US Senate
SUBSCRIBED