Ralph Lauren has published its fourth-quarter and full-year results for the periods ended 2 April:

“Our teams around the world executed exceptionally well to deliver fourth-quarter and full-year results that exceeded our expectations as we continued to progress on our long-term strategic commitments,” says Patrice Louvet, president and CEO. “We have laid the groundwork for healthy sustainable growth and value creation in Fiscal 2023. As we continue to navigate a highly dynamic global macroeconomic environment, our growth will be supported by the strength of our brand and multiple engines — from recruiting new high-value consumers to developing high-potential product categories and geographic and channel expansion.”

“Indeed, delivering sales growth of 18.3% with the bottom line moving from a loss of $74m to a profit of $24m is a handsome achievement that stands in marked contrast to what most other retailers are delivering,” he adds. 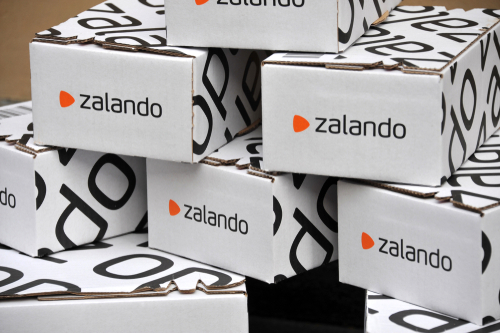 “All that said, the context is very important and should not be overlooked. Part of this context is that while most retailers and brands had a very strong 2021, Ralph Lauren did not. In the final quarter of last year, it grew its sales by a very meagre 1.0% – a significant underperformance compared to the market. This soft comparison flatters the current numbers.

“The test, of course, is to compare current trading with the benchmark of 2019. On this basis, Ralph Lauren has grown sales by just 1.1% and profit has shrunk by 22.8%. Given consumer spending on luxury has soared over this same period, this is far from a good outcome and means that Ralph Lauren has lost market share.

“There are some points of mitigation, especially on the sales front. These include the disposal of Club Monaco and a pullback from wholesale to improve the quality of distribution. These are sensible moves although, even when factored in, they leave three-year sales growth looking somewhat underweight.

“In terms of profit, much higher costs on product and freight compared have put pressure on the bottom line. However, given that these negative factors are affecting all retailers, Ralph Lauren cannot be blamed for the issue. Indeed, if anything, the group moving into the black is positive after a reasonable period of incurring costs associated with transforming the business. And as cost inflation unwinds, Ralph Lauren should be capable of punching out even better profit figures.

“As much as we believe Ralph Lauren’s results are not as good as the company narrative suggests, we are somewhat more encouraged about the future trajectory. There is a sense Ralph Lauren is getting back on the front foot in terms of marketing and product design. While this is not seen evenly in all channels – its offer in department stores, for example, remains a car crash – it is having a positive impact on the brand overall.

“During the quarter, Ralph Lauren put significant effort into marketing – including a raft of special product launches around events such as Lunar New Year and a capsule collection with Morehouse and Spelman colleges to honour the style of Black students. These things captured the attention of consumers, including younger generations, and which has helped Ralph Lauren connect with a wider audience. In our view, this type of innovation is what Ralph Lauren is best at as it is the foundation the company was built on. Our hope is that as Ralph Lauren goes back to its roots it will sort out some of the terrible clutter which surrounds what is, at its core, a respected heritage brand. After all, a company founded on aesthetics cannot be happy with how its product is flung around like bits of old rag at Macy’s.

“Looking ahead, we are fairly confident about Ralph Lauren – even in a tighter demand environment. Luxury is still holding up well and there is an appetite for products. However, the real test will come as the company laps much tougher comparatives as it starts its new fiscal year.”

Ralph Lauren Corporation raised its full-year guidance after booking a 27% rise in third-quarter revenue to $1.8bn in February.