Ukraine MP Lesia Vasylenko told a live audience of BBC‘s political panel show ‘Question Time’ last night (17 March) that she is impressed with the UK’s efforts to stop economic relations with Russia, however, she was quick to highlight a few companies such as M&) are still located in Russia with shops in operation.

She added: “The first thing that anyone can do is stop all kinds of economic relations with Russia. The UK has been really good with it apart from a couple of companies such Marks & Spencer, which is still located in Russia and has shops in operation.”

Question Time presenter Fiona Bruce made the point that M&S is part of a complex franchise operation in Russia, before asking Vasylenko if she believes people should stop buying goods from the retailer in the UK, to which she replied: “What I’m saying is that people can reach their own conclusions, but every penny spent in Russia and anyone who pays taxes there is buying bullets that kill Ukrainian children.” 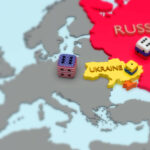 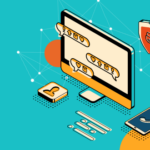 Marks & Spencer told Just Style it suspended deliveries to its franchisee a number of weeks ago.

Earlier this week, M&S was named as one of the businesses lining up to offer jobs to Ukrainian refugees when they start to arrive in the UK. The efforts are part of an initiative being led by British entrepreneur Emma Sinclair, the chief executive of Enterprise Alumni. The aim of the project is to help “tens of thousands” of refugees not only get jobs in the UK but to help them find accommodation, and gain language skills according to BBC News.

In addition, M&S said on 3 March it is building on its existing support for UNICEF UK’s Ukraine appeal with a GBP1.5m package to support the UN Refugee Agency (UNHCR) and UNICEF to help children and families in need.

“This is made up of a kickstart GBP0.5m donation to UNHCR with a further GBP0.5m for matched fundraising for all our global colleagues and double donations on Sparks transactions to support UNICEF; and activation of till-point and online giving in the UK. We are also providing practical help through UNHCR; donating 20,000 units of coats and thermals for families in need totalling a further GBP0.5m,” it explained.

Just Style is keeping you up to date with all the latest developments of the Ukraine-Russia war and its potential impact on the apparel industry via a Special Focus.

Click here to access our TIMELINE – Ukraine-Russia crisis: The impact on the global apparel industry and here to see how fashion firms are mobilising to support Ukraine.