A UK Government report released yesterday (25 July) titled ‘Compliance and enforcement of the National Minimum Wage: The case of the Leicester textiles sector,’ has gathered evidence to explain why garment workers in Leicester’s apparel sector have experienced underpayment and not reported it.

The research suggests fear and low expectations are the main reasons for Leicester garment workers’ reluctance to report underpayment. It explains that workers are afraid of losing their hours and incomes, worried about moving jobs and are often grateful just to have employment.

There is also a deep distrust of enforcement bodies and a lack of faith that complaining will make any difference, other than to put their livelihoods at risk.

The Low Pay Commission (LPC)’s chair, Bryan Sanderson says: “The evidence we heard from workers in Leicester was striking. Despite some positive recent progress, job insecurity, a poisonous workplace culture and low expectations leave workers trapped in poor-quality jobs and vulnerable to exploitation. These same factors mean they are unlikely to report abuses, which undermines efforts to enforce workers’ rights.” 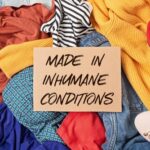 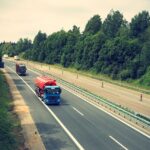 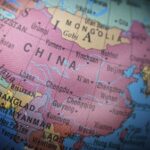 He also points out the case of Leicester is not unique. He says: “Across the UK, workers in precarious positions face the same obstacles, with the same consequences for enforcement. The problem demands comprehensive action, including to give these workers greater security over their hours and incomes.”

The LPC does highlight that recent changes within the apparel industry mean some evidence of underpayment may be historic and so less reflective of the current situation. However, the vulnerability of workers means they may be reluctant to provide information. Plus, there remains potential for employers to conceal underpayment from investigating bodies.

The research focuses on Leicester’s apparel sector because of the frequent reports of minimum wage underpayment within it, and because it has been the target of sustained enforcement activity by several agencies since 2020.

The report explains Leicester is the UK’s largest hub for apparel manufacturing and has long been characterised by its large number of manufacturers.

It states: “There are several factors which have brought substantial change to the Leicester textile industry, contributing to a turbulent few years, with businesses closing and a degree of consolidation. The Covid pandemic, lockdowns and an increase in enforcement activity have all had an effect. Demand for garments shifted during the pandemic, affecting the business models of retailers and the manufacturers they source from.”

Plus, it notes that at the height of the pandemic’s first wave, Leicester and its apparel manufacturers became a focus of media attention following reports that poor working conditions were enabling transmission of the virus.

This attention led to labour market enforcement bodies increasing their activity in Leicester, initiating Operation Tacit, which is a significant joint undertaking that features visits to and investigations of hundreds of factories.

The LPC suggests retailers are now taking greater control of their supply chains. The report says: “Rigorous auditing and restrictions on complicated chains of subcontracting have narrowed the space for non-compliance. This consolidation has created opportunities for better jobs but also brought risks of a narrower manufacturing and employment base.”

The LPC believes the Leicester apparel sector is a useful frame for thinking more widely about the challenges of dealing with serious and persistent non-compliance. The evidence it has gathered is focused on Leicester, but the LPC sees the conclusions and recommendations as relevant for labour market enforcement across the UK.

It points out that despite the fact the sector has changed substantially since the pandemic as what it describes as ‘rogue employers’ having since closed, non-compliance remains a risk in the area.

The report states: “A vital asset in detecting what non-compliance remains is evidence from workers themselves, but there are barriers to be overcome here too.”

The report explains: “Workers question how they would prove underpayment when it’s just “your word against theirs” and talk of being “coached” by bosses in what to say if an enforcement officer speaks to them. Language and cultural barriers also play a role, as does uncertainty over where to make a report.”

The LPC says the UK’s HM Revenue and Customs has recognised the challenges in Leicester and is taking innovative approaches to overcome deep-seated mistrust.

It states: “In general, the reluctance of workers to make a complaint or provide intelligence to enforcement officers is a problem for enforcement activity. Low levels of reporting stymie enforcement activity and make it harder to challenge rogue employers. In turn, this increases workers’ negative expectations. If they do not see enforcement as making a difference, they will be less likely to report it in the future.”

Tarek Islam, who is FAB-L’s senior community engagement and outreach worker explains: “We applaud the report’s starting point question of: ‘Why have concerted efforts by enforcement bodies found relatively modest non-compliance in Leicester, when other bodies and individuals we spoke to believe it to be widespread and flagrant?’ and their recognition of the ‘reluctance of workers to make a complaint or provide intelligence to enforcement officers is a problem for enforcement activity’.”

He adds: “We also support the finding that ‘bodies that workers trust – such as trade unions and charities – have an important part to play in identifying and reporting abuses’.”

FAB-L is delighted the report praises its work. In fact, the report states: “The most tangible outcome of this work to date has been investment in a team of dedicated community workers offering advice and support to textiles workers, the Fashion Workers Advice Bureau Leicester (FAB-L).”

Islam is also keen to highlight the concluding statement in the report, which says: ‘‘It is clear that the reporting process as currently constituted does not work for low-paid workers such as those we met in Leicester. There is a fundamental lack of confidence in the process.”

He says: “It is imperative to ensure the positive developments affected in Leicester (including the setting up of FAB-L) are not just maintained but built upon, so more fashion workers can access this highly valued service.”

She says: “Many appalling sweatshop contracts prohibit workers from unionising; require eight weeks’ notice while giving workers only two days’ notice for termination of employment; offer insulting overtime pay of an additional 10p per hour, no sick pay and no recourse against inadequate and dangerous working conditions; and mandate that workers opt out of the Working Time Regulations 1998, which limit weeks to 48 hours.”

Webbe explains that when workers contact her, they do so on the guarantee of their anonymity because they fear reprisals and losing their job altogether and says the government’s system of enforcement is a failure. The fast fashion billionaire brands exist because of the exploitation of the working class.

Webbe suggests legislation should be introduced to regulate brands, starting with a Garment Trade Adjudicator. However, she points out that just last week the government once again rejected her suggestion for this.

She says: “Zero-hour contracts must be eradicated, and hours should be protected so that each worker gets a guaranteed pay for a working week. Trade union rights must be reinstated and extended. We have a duty to ensure that every job is a good job, providing security, dignity and a fair wage.”

How to tackle the underpayment of Leicester’s garment workers

The report includes a number of conclusions and recommendations. It states: “Encouraging greater numbers of workers to report underpayment and other abuses is important for the success of enforcement, and points out that the UK Government Department for Business, Energy and Industrial Strategy (BEIS) and HMRC recognise this problem, and there is research ongoing to understand the barriers to worker complaints.”

The report indicates this should be at the centre of the Government’s strategy and there should be a specific policy aim to increase complaint volumes.

Plus, the authors of the report believe bodies that workers trust – such as trade unions and charities – have an important part to play in identifying and reporting abuses. There are important rules which restrict the information HMRC can share with third-party complainants, but there is more to be done to keep these groups engaged.

The commissioners at the LPC are keen to note the process for reporting abuses does not work for the most vulnerable low-paid workers. Plus, it also fails to engage the third-party bodies that workers may trust, or wider industry networks. The HMRC is being advised to look at ways to address these problems.

There is also an ‘information gap’ between what industry and civil society groups think they have reported to official bodies, and what those official bodies are able to share and act on. A forthcoming official review of enforcement operations in Leicester should take into account evidence from both sides of this gap.

Finally, insecure work and uncertainty over hours and incomes are described as central to the vulnerability of workers to exploitation. Low Pay Commissioners urge the UK Government to take action on the measures recommended by the commission previously to address these issues.

Last week Leicester’s new Apparel and Textile Manufacturers Federation (ATMF) was unveiled, which hopes to provide a voice for what it describes as the important “second tier” of the UK garment industry supply chain.